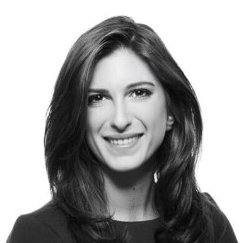 Gabrielle’s experience spans 10 years at leading financial services and institutional investment advisors. She began her career at Advent Capital Management and then joined SAC Capital Advisors (now Point 72) for 8 years, where she was promoted to analyst and then to VP on a Senior TMT Portfolio team. In 2013, she and her team launched a parallel VC fund to allocate capital into burgeoning late-stage, large-cap startup companies.

Gabrielle attended the Sorbonne Paris IV and graduated from the New School in New York City.